Oral herpes is a problem that causes cold sores and other dangers on the lips and gums of those who are infected by it. When a person develops this disease, they typically have it for the rest of their lives. Sadly, this can be a major oral health problem in the elderly, making it necessary to understand how it can affect their dental health and trips to the dentist.

How Oral Herpes Begins In The Elderly

Herpes simplex is a virus that is spread by direct contact. Unlike genital herpes, which is spread via sexual contact, herpes on the lip is typically spread via generally harmless activity. For example, a mother may accidentally pass herpes to her child by kissing it on the lips. They may even spread it by sharing lip balm.

The rather lax disease control of the past has lead to a high volume of herpes simplex among the elderly population. It can spread from the lips to the tongue, the gums, and through the rest of the mouth. Unfortunately, this can seriously affect the dental health of the elderly. Even worse, it may end up affecting other parts of the body, such as the eye.

Herpes May Move From The Lip To The Eye

Getting herpes treated right away often starts with the dentist, as they can diagnose the problem and manage it immediately. However, if they don't get it managed quickly, they can end up letting it spread to other areas of the body. For example, it can easily spread to the eye and cause serious vision problems in the elderly. As a result, it is important to have a dentist take a look at it right away.

All of these problems also lead to concerns with elderly people's oral health. Most elderly people have compromised oral health due to their age, but herpes can seriously affect their oral health in other ways. For example, it can cause them to avoid going to the dentist, as they may be embarrassed by outbreaks. Even worse, they may believe that they can infect their dentist.

Thankfully, the latter problem is one that they need not worry about too much. Dentists understand the dangers of working with people who have herpes. As a result, they take extra precautions to ensure they don't get infected. Even better, they won't judge a person who suffers from this disease, as they know that it affects millions of people around the world.

As a result, elderly people who suffer from herpes shouldn't be afraid to visit the dentist. In fact, they may be able to prevent the spread of this disease to other parts of their body by getting it diagnosed and treated by the dentist before it comes a more serious concern.

The Importance of Early Dental Care

The Importance of Early Dental Care 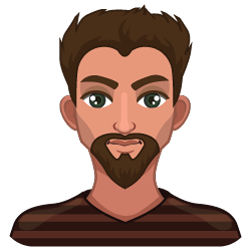 When I was younger, my mother did not take me to see a pediatric dentist. This resulted in numerous cavities that actually grew deep enough that they destroyed the permanent teeth that were still forming in my mouth. The lack of care resulted in numerous dental procedures as I grew older. Several of my teeth needed to be pulled and I had to deal with a great deal of pain. If you are a parent, you should know that early oral care is extremely important for your child. Make sure that you schedule six month cleanings and provide proper nutrition. Also, never ignore the cavities in your child's teeth. If you know little about child dental care, then read my blog and learn about what you need to do. You will even find some tips on how to make tooth brushing fun and exciting for your child.